Five Years and Then Some MORE 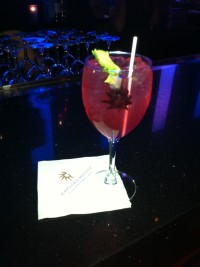 I sat down to write a post triggered by the photos that were popping up in my news feed from the first BlissDom I went to five years ago and the impact it had and still has on my everyday life.  That was when I noticed that my last blog post was called Five Years and Then Some, about my Manic Mommies Escapes, so I took a pause.  When someone writes as sporadically as I do, it really doesn’t take much to cause a choke and that did it.  Am I really only moved to write about things that happened 5 years ago?  What are you going to call this one Five Years and Then Some MORE?  I have written countless times and either never finished a post, lost it because I didn’t save it, or because the emotion behind it had passed before I could get it all worked out.  It took me a couple of days, but I just knew I wasn’t letting this one go.  The quickest way to start writing again is to start writing again, so here is Five Years and Then Some More…

I could sit for an eternity and ponder the workings of HIS merciful plan, but I will just stick to the facts.  Five years ago was big for me, and it really kind of makes sense that I was primed for big changes at that point in my life.  Six would have been the year that my innocence about the fragility of life was lost to me with my baby sister’s Leukemia diagnosis, and Four was when she was ripped from us.  But Five was that sweet spot in between when she returned to our Christmas and was blissfully given a second chance with remission.  It makes sense that Five was the year that a fire had been lit under me and that I had renewed faith everything was going to be ok.  Time to make things happen.

It was the Manic Mommies that I first heard speak about BlissDom, and they raved about how Alli and her BlissDom crew knew how to throw a party. The party was in my backyard at the Opryland Hotel how could I not go??  I mean you know you are in good hands when you check into your room and find out you were upgraded to a balcony room WITH A WATERFALL!!

I don’t know if I have ever mentioned it here before, but I wanted to go to BlissDom (a blogging conference) so badly that I had to start a blog in order to justify going.  Cultivating a Well Being started out as my ticket into BlissDom and although it has barely existed from time to time, here it remains as the first gift that weekend gave me as a tool for the rest of my life.

Of course, BlissDom co-founder Alli Worthington, could be accredited with all of the following changes to my life just by being the reason that BlissDom even existed.  I went to one more BlissDom before it moved to another city, but even BlissDom itself did not last as long as the lessons it left in my heart.  I still follow and idolize her, her spirituality, her ability to look like she has it all together with her Epiphany bag and her perfect hair (she would quickly object to this particular statement), right down to her weekly going to church post with all five boys piled in the back seat of her mini-van.  I can’t even get ONE teenage boy to let me photograph him.  This week, however, her first book, Breaking Busy, launched.  Luckily for me someone on her team, perhaps even she herself had the insight to figure out that a book titled Breaking Busy should be released on audible at the same time as the book itself, a fact that is surprisingly missed by many publishers.  I have already finished the audible version and I am working my way through the workbook as well as a short course to help me implement the tactics she herself uses to stay put together. I am not even done with it all and I can already tell you that her book just goes to show that it was her heart and soul that I was absorbing with each speaker and workshop at BlissDom.

The conference’s opening presentation was Brené Brown, author of The Gifts of Imperfection and I had never heard of her.  Anyone who knows me, or is a casual Facebook Friend knows what a gift Brené continues to be in my life.  From that moment when she got on stage and spoke directly to my soul I hurried over to be one of the first in line for her book signing.  She was so real and so genuine and she even asked me to check her teeth for food before her book signing officially began.  I didn’t know it then, but I was checking the teeth of one of my life’s top mentors.  Over the last five years, I purchased multiple copies (at least one physical copy to hold/lend and an audible copy so that I can actually read/re-read) of every book she has written.  Two years ago I took her online Gifts of Imperfection Course with Oprah Winfrey, and I am currently enrolled in her Living Brave Semester with a few friends. I can honestly not imagine a part of my life where I can truly and fully connect with myself or someone else that doesn’t stem from the work I have done as a result of the work she has done.  The tools I have learned from her help me battle my vulnerabilities, my perfectionism, and my authenticity on a daily basis.

One of my fa

vorite courses at the conference had Karen Walrond, AKA Choonkoloonks, on the panel and I had never heard of her either.  I distinctly remember being overwhelmed about the business side of things by that point, and I was worried about being able to stay true to my blog’s mission without having to “sell-out” to make it happen.  Karen spoke to me in detail about this after the panel, and she set my mind at ease about knowing what can fit into my vision and what can’t.  Karen “guest starred” in the Gifts of Imperfection course I mentioned earlier with Brené and Oprah (you like that first name basis I am on with them now) which led to me signing up for her own journaling course to kick off my 2015.  Although I had always loved the idea of a diary/journal I never lasted more than a week or so.  I would always resort to destroying the point by trying to find a way to remove the pages I had messed up.  I always got stuck in a circle of start-over.  Today my journal, the same one I started just over a year ago, still travels with me nearly everywhere.  It may be mostly notes to myself and to-do lists, it is messy and falling apart, and it doesn’t have an entry for every single day but I am still using it to keep up with the things that pour out of my head.  I even revisited some of the lessons from last year’s course to set off 2016 on the same foot since it worked for me so well last year.

Scott Stratten’s keynote was filled with GENIUS common sense business and social media practices. I remember being blown away by a single lesson above all others that day.  He spoke about being asked how often someone should post and he said “When you have something to say.”  My blog may not neccesarily appreciate being neglected as often as it has, but I have always (almost) stayed true to writing when I have something I want to say rather than to keep on a schedule.   Scott’s lessons have had the biggest impact on me professionally as a small business owner.  Just like the ladies above, I have all of Scott’s books in multiple formats, I listen to his podcast, he has always been a gracious teacher, and is most approachable on social media.  There isn’t a time when I post something professionally, respond to a review, or return an email when I don’t hear his voice in the back of my head.  That voice typically comes through a bull horn in case you are wondering.

hile I do not remember discovering Mamavation, (an online support group for Mom’s who are trying to lose weight) while I
was at BlissDom, I did meet several bloggers who were heavily involved in the group and introduced me to it shortly after.  By the time I attended my second BlissDom, I had already dove into the deep end and really kind of lost myself (and my blog…and my social media) in the Mamavation Community.  I campaigned to become one of the spotlighted Mamavation Moms, and prayed that I would find success in weight loss by putting myself out there this very public way.  I did not win that campaign, a defeat that I did not take well.  However, Andrea was one of the winners of that campaign, and she has since become a very best friend.  I did finally figure out my own way to weight loss success VERY privately and with Andrea right by my side through the whole thing.  It is no surprise when I say that I count Andrea as the greatest of the gifts of my weekend spent at BlissDom.  Some times you don’t even know why you are doing a thing, and then you look back and realize that you can’t imagine it going any differently.  I don’t know where Andrea and I would be had we not found each other.

All I know is that I am really, really glad I started a random blog so that I could go to a conference that I had no business being at, so that I could get so lost in the “fame” of it all, so that I could find a lifelong friend who could also benefit from and bond with me over the lessons I learned from the seeds that were planted the weekend I spent sleeping next to the waterfall.  If that ain’t a “God thing,” I don’t know what is.

Five Years and then some Dear Ex-Boyfriend