This is Where My Story Begins…Again…For Real This Time 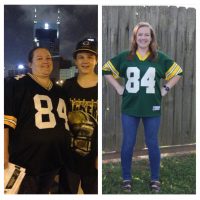 I know I went dark around here, and for that I am sorry. I used to think that being an open book was the key to being held accountable. However, when it came down to making this particular life changing decision, I had to dig deep down inside of myself and only listen to the purest of my inner voices. This is obviously a lot harder to do if you put yourself out there in such a way that you invite other’s voices to get mixed in with your own. Although I had discussed it hundreds of times with various people, when it came time for me to make my final decision about having the gastric bypass, I did it alone. I did not consult my greatest confidants, I didn’t ask anyone what they thought, and I did not announce it publicly. Even though he was wildly supportive, even my husband wasn’t notified of my decision until I had already signed on the dotted line and worked out the details with my surgeon. The bottom line was that I desperately needed to know who I was doing this for and why I was doing it. I could afford no confusion if I wanted true success.

I was given a new birthday on August 13th, 2014 and It has been the quickest and most fun year of my life, no question. There have been so many firsts. Even though you didn’t get to witness them all live and in person, I have plenty of insights and stories to share. I can’t wait to tell you all about the ups and downs of my journey, and I cannot wait to tell you of the many more new experiences that I have yet to imagine. In fact, my first post began writing itself even as I was trying to write this one. Let’s skip right to the point of this anniversary post, the progress photos. Ironically, my last picture taken before surgery was the night of the first pre-season Green Bay game, and the anniversary of my surgery fell on the day of the first pre-season Green Bay game. So now we have a Green Bay themed before and after shot, it was just plain destiny. I think you might notice a minor costume change.

This was the last photo taken of me before Gastric Bypass surgery on August 13th, 2014.